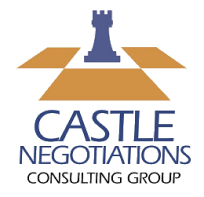 Welcome to our Negotiate Smart™ Blog

Culturally, Americans have always under-appreciated negotiating tactics – because we always thought that we didn’t need them. If we didn’t like K-Mart, we went to Wal-Mart and K-Mart got the message without a word being spoken.

We have been so rich in choices, opportunities and resources that we have been known to shop without even checking the price tag. So negotiation skills are not something we have sought to acquire. Whereas in the heart of India, a father who needs to feed his family of 11 knows how to out-negotiate Karass himself, when he goes to the market with his 20 rupees. His lack of resources has forced him to become a world-class negotiator.

I remember when it first dawned on me that negotiating training would be a very important resource to have in the U.S. It was the day when I saw the handwriting on the wall – the day when I began to see negotiations as the key to success.

The year was 1997 and the newspapers were full of the Kelly Flinn scandal. If your memory does not stretch that far, Kelly Flinn was the first female B-52 pilot in the U.S. Air Force who disobeyed orders when told to end an adulterous affair she was having with the husband of one of her subordinates. She was about to face a court martial, when the media hullabaloo caused the Air Force to scramble. And Flinn was not only able to avoid a court martial, but to negotiate a general discharge.

This was a first in the history of the U.S. Air Force, whose stance until then had been: “We don’t negotiate. We are the Air Force.” But in order to get Flinn out of the public eye and to put to rest all the bad press she was creating, they actually negotiated her discharge.

Ever since then, I have kept my eyes open. And the more I live life, the more I realize how important negotiation skills are – not only to be successful but to be happy. Because when we find mutually satisfying outcomes, we are happy. And this is true whether we are negotiating with a new client about a remuneration schedule, or with our neighbor about his barking dog, or with our spouse about vacation plans, or with our warring children about the name for the new pet hamster that we never agreed to allow in the house.

I have also learned that, when it comes to negotiating, everyone has a specialty – whether it is starting assertively, being persistent, finding creative outcomes, or listening for underlying issues.

Since we all need to start with our strengths and build from there, I decided to open a dialogue about the negotiation processes of life – to invite mutual sharing that will help us all build on what we already do well.

I look forward to hearing your thoughts as well as sharing mine.